CogniProfile was a research project of GNOUS Labs Ltd. implemented by GNOUS Research Ltd. which is the research wing of the group, together with the Cyprus Neuroscience and Technology Institute.

The work was co-funded by the European Regional Development Fund and the Republic of Cyprus through the Research and Innovation Foundation (Project: START-UPS/0618/0029).

The focus of the CogniProfil project was to implement actions in support of the commercialization of Mental Attributes Profiling System (MAPS), a system that profiles cognitive abilities and diagnoses dyslexia and other learning difficulties in kids 5-12. The system has been developed and validated in Cyprus more than 10 years ago with the support of two EC, one German, and one RIF grant. The availability of systems that can diagnose and profile learning difficulties of growing children is an urgent and pressing social challenge as it addresses 10-20% of the children’s population. Early diagnosis (which is key for life success with enormous economic and social repercussions) is made possible in MAPS using attractive video-game-like interfaces.

The General Objectives of CogniProfil were:

To meet these General Objectives, the applicants planned to conduct: 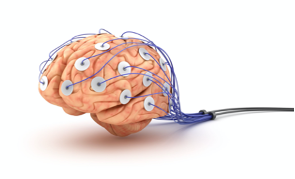 ‘Multitasking’ or ‘divided attention’ is the ability of a person to perform tasks that require different cognitive functions simultaneously. While we want children to be able to focus on whatever they are learning (or doing), technology also imposes situations where they need to be able to perform multitasking. Research indicates that the brain’s ability for multitasking is rather limited, but can be improved with practice [1], [2], as it becomes easier to successfully implement more than one task at a time if these are very familiar. Enhancing the divided attention abilities of children early enough will enable them to have optimized cognitive skills as they are growing up. The technological objective of this line of our research is to develop a new game-based assessment module to assess the divided attention ability, thus adding a leap-forward test that responds to one of the greatest challenges of today’s generation. 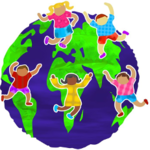 GNOUS is language and culture-independent because it uses only non-verbal measures and all sounds and images have been tested but cultural and religious neutrality. The tests do not use language, but the instructions are voice-based. For this reason, whenever we enter a new market in which the local language will be used for the instructions, we like to conduct a local re-validation to reaffirm these. In the context of this research project, we have conducted such tests in The Nethelands, Estonia and Kuwait.