This SDDP was organized in the context of an ad-hoc project, called Faro Convention Labs.

The European Council invited Future Worlds Center to participate in the Faro Action Plan 2016-2017. The Faro Convention Labs are organised with the participation of interested member States and communities to further explore the Faro Convention principles and their effective implementation. The Labs include a series of events for a period of 2-3 days based on the availability of the host community, and involve stakeholders at national, local and community levels. The labs intend to expand a group of participants from each country so they can work together on their return to promote and implement the Faro Convention.

The Triggering Question (TQ) was
What are the challenges we have to overcome to mobilise people?

In response to the TQ, the participants came up with 20 Challenges, which were categorized in 6 clusters. Following the voting process, 13 ideas received one or more votes and 10 were structured to create the influence MAP. 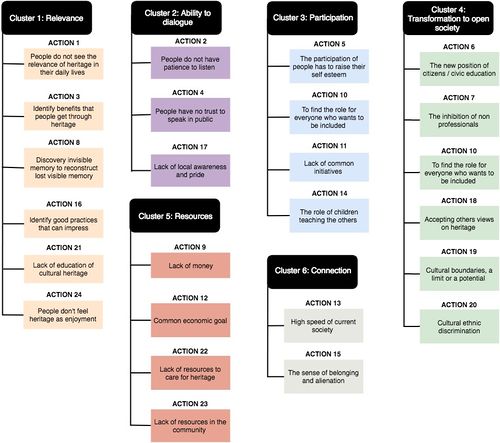 According to the participants of this workshop, the following challenges appear to be the most influential: