The Triggering Question (TQ) was
"What concrete action, project or product would you propose to solve a particular shortcoming of current systems of governance?"

In response to the TQ, the 20 participants came up with 71 Actions. Following the voting process, 29 ideas received one or more votes and were structured to create the influence MAP shown below. 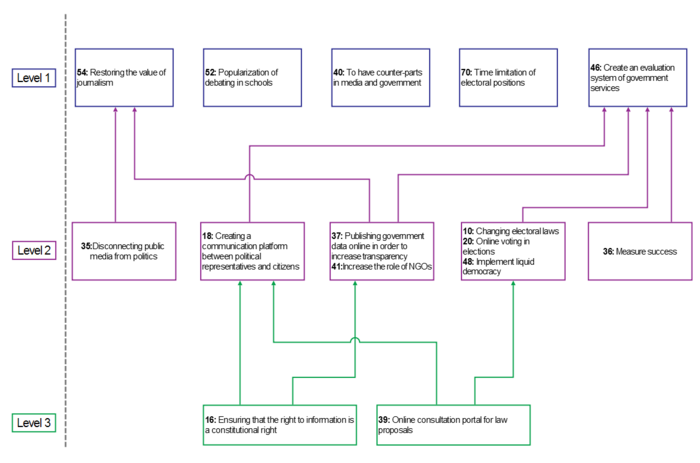