The Triggering Question (TQ) was
"What are key shortcomings of our current systems of governance that could be improved through technology?"

In response to the TQ, the 16 participants came up with 57 characteristics, which were categorized in 6 clusters. Following the voting process, 38 ideas received one or more votes and were structured to create the influence MAP shown below. 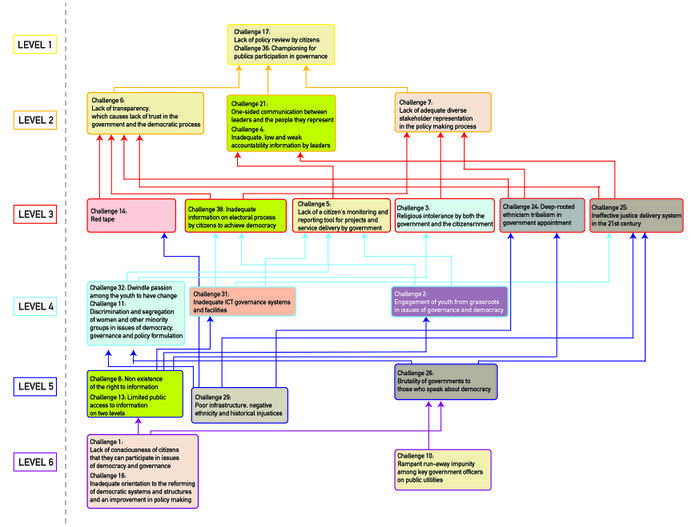