Talk of the Island

Talk Of the Island started as the first bilingual radio program broadcasted island-wide in Cyprus since May 2006. The project was the result of a joined effort between the Cyprus Neuroscience and Technology Institute and The Management Centre of the Mediterranean (Mc-Med), which was funded by HasNa Inc.. A precursor to this program was the internet radio implemented experimentally during the media activities of the Reconciliation Now! project.

An important contribution to peace

As Larry Fergeson, one of the first coordinators of Talk Of the Island mentioned, the program was the first and is still to the present day the longest running bicommunal radio programme on the island of Cyprus.” Its success, originality and a need for a platform for “communication” were the key reasons for its continuous success.

The visionaries behind the projct =

A forward-thinking project is always grounded on the inpiration and commitment of some visionaries. In the case of the Talk of the Island project, Yiannis Laouris from Future Worlds Center, and Hasan Kahvecioglu from Radio Mayis came up with the idea of breaking the Cyprus wall at least through radio waves. The response of the media was not positive, but in the end, one radio station, Radio Pyrgos in the south embraced the challenge. Yiannis Laouris and his team have soon put in place the technology to transfer the signals across the leve using internet and forward it to the radio station using telephone lines. The bicommunal radio became a reality!

Talk of the Island through the years 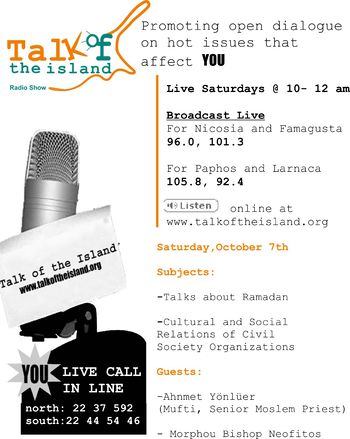 At the beginning, Talk of the Island was funded only by HasNa Inc., a Washington, D.C. based nonprofit organization. Subsequently, its fathers secured funding from the United States Institute of Peace. Talk of the Island was regularly transmitted live in Cyprus between 10.00 -11.45 hours every Saturday and was repeated the same evening at 19.15 hours in the years 2005-2008. The broadcasting covered Nicosia, Kyrenia and Morphou, Famagusta and Larnaca. The program could be heard from both from the Turkish and the Greek sides. Two program presenters Kyriakos Pierides and Hasan Kahvecioglu, together with the interpreter Yucel Koseoglu, designed the program to display balanced news reporting by informing all island communities about local issues and events that are not typically covered by the current media. The program promoted a culture of peace and mutual understanding. Talk of the Island aspired to be instrumental in providing a vehicle for all Cypriots who share a vision for the future.

Promoting Talk of the Island, island-wide 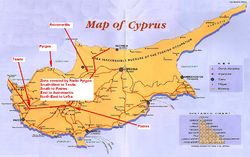 The coordinators signed agreement with Andreas Karos of Radio Pyrgos and Hasan Kahvecioglu of Radio Mayis to broadcast the program island-wide. In the agreements, the parties have agreed to "collaborate to promote peace and reconciliation in Cyprus through continuing the development of the first radio program that is broadcast on both sides of the island in both languages, with aims to reach the entire Cypriot community. The content and goals of the program are even more significant, with aspirations of building cross-cultural trust and understanding through open dialogue." Following the first grant by HasNa Inc. the second phase of the support program, extended the broadcasting between May 15, 2007 and December 31, 2007. 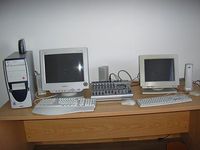 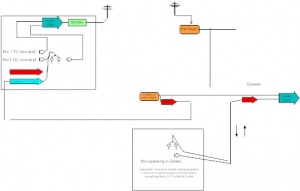 The Cyprus HasNa office used an FM Radio to pick up the signal from Radio Mayis and via an amateurs studio forwarded the signal to Radio Pyrgos as compressed signal using telephone ISDN lines. This part of the project was also co-funded by the United States Institute of Peace.

The project was originally designed to promote mutual understanding, and sharing between two communities in Cyprus. One of its aims was to show that there are so many commonalities between two communities. Since the start of the conflict, the gap between two communities has been increasing because of biased reporting. The media has been dominated with messages aiming to show differences between two communities. For instance, Although coffee on both sides of the island is the same, there is a distinction in what it is called. In the south it is called “Greek” and in the north it is called “Turkish”. The terminology used in media similar to the example here, together with the priority given to news aimed at showing the differences rather than commonalities.“ Talk of the Island”, from the beginning, aims to create a platform to show the commonalities rather than differences. According to the website of “Talk of the Island” diversity, cooperation, balance, relations with Turkey & Greece, bi-communal music, and bi-communal projects, civil society activities, common language and terminology are topics the program takes as priority. Traditional media does not cover these topics, most of the time. The show also provides a forum for open, island-wide dialogue and direct communication about on-going non-political issues. As mentioned in a “Our Language, Topics, Guests and Principles” document retrieved from the website of “Talk of the Island”, “Efforts are made so that lessons are learned from the historic events. It maintains that fanaticism, chauvinistic nationalism, and racism would bring no benefit. Moreover, it encourages the organizations and persons who exert efforts to rewrite the history books in Cyprus, as well as Turkey and Greece.

People who served as Coordinators and/or Volunteers

Throughout the years, a number of visiting interns, graduate students and visiting scholars served as project coordinators for the program.

On 16 July 2007, Suzan Drucker and Gary Gumpert delivered a Seminar on Media Literacy: Reading the News between the Lines[1] at the premises of Fulbright with funding from the Civil Society Dialogue project.

In 2006, the two partners submitted an application to UNDP with the title The Alternative Media Initiative, which was not approved. nevertheless, a few years later the UN funded a greater initiative, the Cyprus Community Media Centre, for which the Cyprus Neuroscience and Technology Institute and The Management Centre were founding members.