The Onlife Initiative , also known as Concept Re-engineering Think Tank was a project envisioned and implemented directly by the EC's Information Society DG[1]. The project fall under the Digital Futures Task Force initiative of DG Connect of the European Commission and run for the whole of 2012. The project intended to explore the extent to which the digital transition impacts societal expectations towards policy making. Yiannis Laouris participated in the Think Tank, which was composed of 12 international experts plus Dr. Nicole Zwaaneveld [2]. 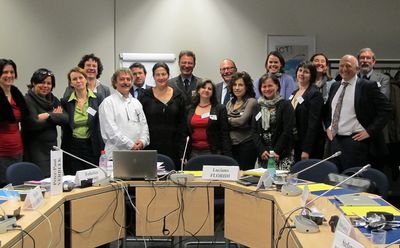 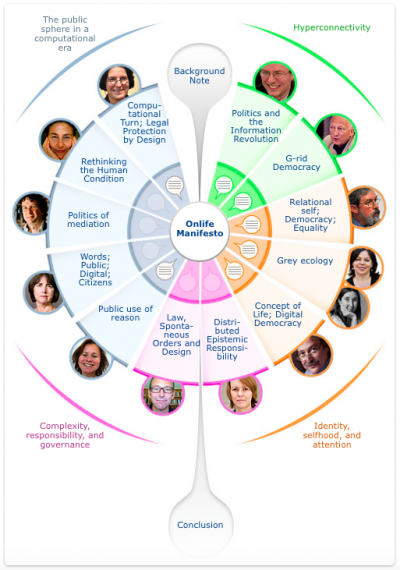 The project outcome was The Onlife Manifesto.

The rapid development and exploitation of digital technologies in all aspects of human life affects radically the human condition. For example, it modifies our relationship to ourselves, to others and to the world. It shakes established reference frameworks, in a number of different domains including (but not restricted to):

The working of the group is chaired by Prof. Luciano Floridi [3]. Person in charge from the EC is Nicole Zwaaneveld.

The Group has completed its work and released the ideas and thoughts in the form of a Manifesto. A special website[4] has been created by the Digital Futures Task Force to host online all results. The Manifesto was released during a special event attended by 120 experts across Europe on February 8, 2013. The whole event has been recoded and is available on line in the same pages.

Following the release of the Manifesto on February 8, 2013, the first next public presentation of the event, OnLife Manifesto: Being Human in an Hyperconnected Era, Yiannis Laouris, Pireaus Feb 16, 2013[5] took place in Greece, the mother country of Democracy. The speaker was Yiannis Laouris. The event was hosted by the University of Pireaus and the Hellenic Society for Systemic Studies. Laouris has also published a chapter in a Springer volume with the title: Reengineering and Reinventing both Democracy and the Concept of Life in the Digital Era.