The Structured Dialogic Design co-laboratories are organized with aim to analyze the needs of the intended users with respect to their learning needs, as well as their needs with regards to the e-Hoop platform. The intention is to identify obstacles that prevent learners from benefiting maximally from their current educational institution due to differences (disabilities, socioeconomic background etc.), using the Structured Dialogic Design Process (SDDP).

University of Cyprus organized on the 8th of February 2014 and 25th of February a co-laboratory in order to accumulate the collective wisdom of experts regarding the obstacles that limit learners from benefiting maximally from their respective educational institutions because of their differences. The co-laboratory was attended by 12 participants.

The Triggering Question (TQ) of the first workshop was:


"What are typical obstacles that limit learners from benefiting maximally from their respective educational institutions of their differences?"

In response to the TQ, the 12 participants came up with 50 ideas, which were categorized in 7 clusters. Following the voting process, 23 ideas received one or more votes and were structured to create the influence MAP shown below. 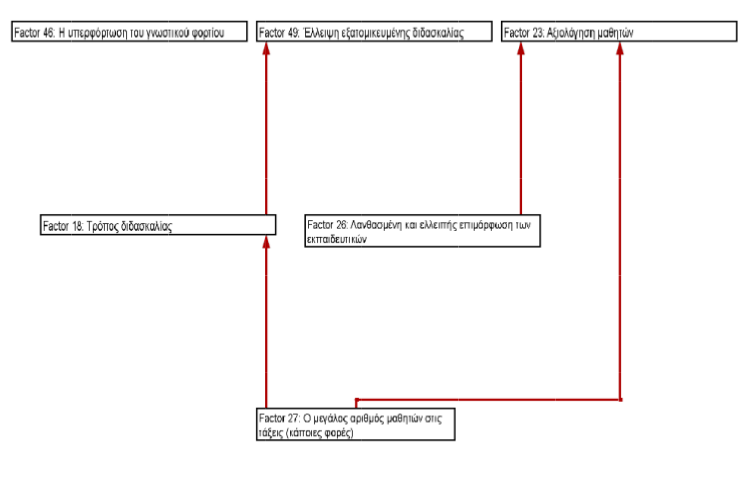 Influence tree from the ideas generated at e-Hoop Cyprus SDDP workshop for TQ.

The workshop was mainly facilitated by Yiannis Laouris and Katerina Fotiou (CNTI). Anna Pavlina Charalambous supported the analysis of the data and preparations of the final reports after the end of the workshop. In sum, the participants of the dialogue reported their satisfaction that they had the opportunity to exchange ideas via the structured dialogue process which empowered them to identify the obstacles that can be a barrier to students to benefit on the maximum from the educational institutions due to their differences.

EmbedVideo received the bad id "DQPC9X3ZMlc&feature" for the service "youtube".